The TAO of Learning There has been a huge change in the way we interact with the world in the last couple of years. With the advent of technology and accompanying infrastructure, the way we network with friends, buy groceries and even manage finances are not the same as how it used be by the dawn of this century.

In the wake of such a change it becomes relevant to pause a while, look back from where we came and what we know about learning. Khalil Gibran, the 19 century philosopher wrote about learning thus.

“No Man can reveal to you aught but that which already lies half asleep in the dawning of your knowledge.
The teacher who walks in the shadow of the temple, among his followers gives not of his wisdom but rather of his faith and lovingness”

The Role of a Teacher

Interestingly, Gibran’s first line emphasis the role of a teacher and the focus is on the learner as one who already posses all knowledge which is but half asleep. The role of a teacher, in much contrast to what we find in most schools/ colleges is to share their faith and lovingness. The teacher inspires and invokes the knowledge within the student through love and care . However, in a system which emphasises on standardisation to cater to large audience, the teacher seldom finds the time nor the opportunity to inspire.

The role of Learner

The learner is the central part in Gibran’s world and not the teacher. The teacher plays an instrumental part in the overall experience in sharing their understanding, which is nothing but a sense of relative truth and not THE truth. The learner therefore is an individual organism, who in the process of learning explores his self and the knowledge of the world. When I look around me and look at colleges and educational institutions, the learner seems to be sidelined and the focus tilted heavily on instructor, medium of instruction and the administration around it.

It does not surprise me, in such an environment our colleges fail to produce people who are employable and only 7% of graduating students are found to be employable as per a recent report by ASSOCHAM.

“For the vision of one man lends not its wings to another man
And even as each one of you stand alone in God’s Knowledge, so must each one of you be alone in his knowledge of god and in his understanding of the earth”

The greatest of men who have walked the earth, had an independent mind of their own. They were not products of mass industrialised education systems and they have found their knowledge in the deep recess within their soul.

If we want independent thinkers, creative masters and knowledgeable individuals, we need to sow the right seed. We cannot but expect an apple tree sowing a mango seed. 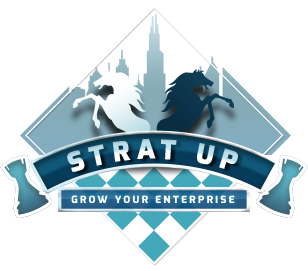 If you are looking at Immersive, Impactful and Engaged learning, WE are with you.